Since the Global Financial Crisis of 2007 - 2008 and its subsequent Great Recession, large American companies have worked to write off, pay down, refinance and generally reduce long-term liabilities on their balance sheets, thanks to some of the lowest interest rates in recent memory. Small to mid-sized companies, however, have had a harder time recovering.

One of the reasons for this is the restrictive lending environment that resulted from Dodd-Frank, the Wall Street reform and consumer protection act aimed at preventing the kind of unchecked lending environment that led to the meltdown in the first place. Tighter banking regulations led to more stringent lending requirements, increased paperwork and hurdles as a result of higher capitalization thresholds placed on consumer banks.

“The new regulations are tedious and frustrating. People give up,” says John Hill, founder and CEO of the nonprofit advocacy group Long Island Advancement of Small Business. “Banks now require certified financials, when years ago, they didn’t. You need to show a positive cash flow. A lot of small businesses are just breaking even. It’s a sign of the times.”

The upshot is that public corporations have taken advantage of the historic interest rates and have paid down debt and are socking away cash like dry powder sitting on the sidelines. Small companies, however, have had difficulty refinancing due to credit scars from the Great Recession. So despite the most favorable interest rate environment in recent history for borrowers, borrowing remains out of reach for the small business owners that dot Main Street, the backbone of the American economy and the arbiters of financial democracy.

This is more than an economic problem. It’s a cultural problem.

Small businesses represent the diversity in the American populace. It’s the multifaceted representation of who we are as a people, complete with the wide spectrum of nationality, flavor, interest, and income throughout our communities. Though the economy is in recovery, on a micro level, the remedy that facilitated its bounce back to health looks quite different from what we’ve come to know, as the “Mom and Pop” stores that decorate our retail landscape disappear at an alarming pace, while larger corporations proliferate.

Joseph Gabriel, architect at A1A Architects PC and president of the East Islip Chamber of Commerce, is witness to the difficulties small businesses face.

“As president of the local chamber of commerce, I have seen that the only businesses that are really making it in our community is restaurants,” he laments. “The little mom and pop shops, they are suffering. And we’ve had a number of them go out over the last year.”

Because bank loans are out of reach for the businesses in his community on Long Island, Gabriel observes that owners waver between investing their personal capital and assets into their businesses—a highly risky endeavor—or paying for a business line of credit.

This practice has led to growth of non-traditional business lenders: peer-to-peer lenders, such as Lending Tree, and direct marketplace lenders, such as CanCapital and PowerUp Lending Group. It's an increasingly busy space that is growing because there's a true need to capitalize small to mid-sized businesses and get the American economy moving again.

For example, PowerUp Lending Group is a direct lending industry leader who specializes in rolling up existing loans into new loans with more comfortable payback periods.

"As a direct lender, we're able to make decisions quickly and provide answers for small to medium-sized businesses that have been shut out of traditional banks," explains Jay Kirshner, managing director of PowerUp Lending Group. "At PowerUp, we have carved a great niche in the direct lending space by providing refinancing options for our clients."

Jayson Dupre, DO, medical director at Strella Aesthetics, is a small business owner who needed a flexible non-traditional loan. He refinanced through PowerUp Lending when he discovered he was ineligible for a bank loan.

“They worked with us to identify a creative approach to provide us with capital at a return that worked for them and with a payback plan that worked well for us and our budget,” Dupre says. “And, since they are the actual lenders, that was all we needed. We had the funds wired the next business day.”

Refinancing with a direct lender can help small businesses attain goals varying from the consolidation of business debts to the conversion from an adjustable rate to a fixed loan, something beneficial to entrepreneurs wanting to avoid paying potentially higher rates when their adjustable-rate loans reset.

According to global trends, direct lending isn’t going anywhere soon, as the United States has been following the lead of the UK and Europe in the seminal shift away from traditional bank lending.

Max Mitchell, head of direct lending for ICG, a specialist asset manager that builds investment opportunities with alternative sources of higher yield for investors and flexible capital for businesses, considers direct lending “a permanent feature of the European market.”

The numbers back that assessment up.

“The volumes of deals done by direct lending funds increased by 120 percent year-on-year and it is estimated there are now around 42 active direct lending funds up from 18 in 2012, and an estimated 81 new funds out in the market raising around £50 billion,” he writes in the December/January 2015 issue of Private Debt Investor.

Direct lending has become essential to the life of small businesses in this new post-meltdown economy, and will remain so far into the foreseeable future.

Sure, navigating the ever-changing world of finance and related regulations can be confusing, and potential borrowers must be careful. PowerUp Lending has published a guidebook of tips and best practices that dispels industry myths and helps small and mid-sized business owners make smart, well-advised decisions about such an important financial matter.

Share this article:
Business Loans,
Fast and Easy. See How Much You Qualify For.
No Obligation. Get Started Now! 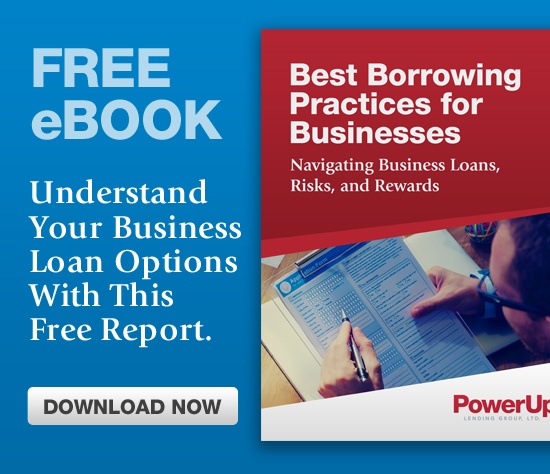 Get approved in just minutes and funded within hours if you apply now!

Our Loans | About Us | FAQs | Referral Network | Lending News | Contact Us